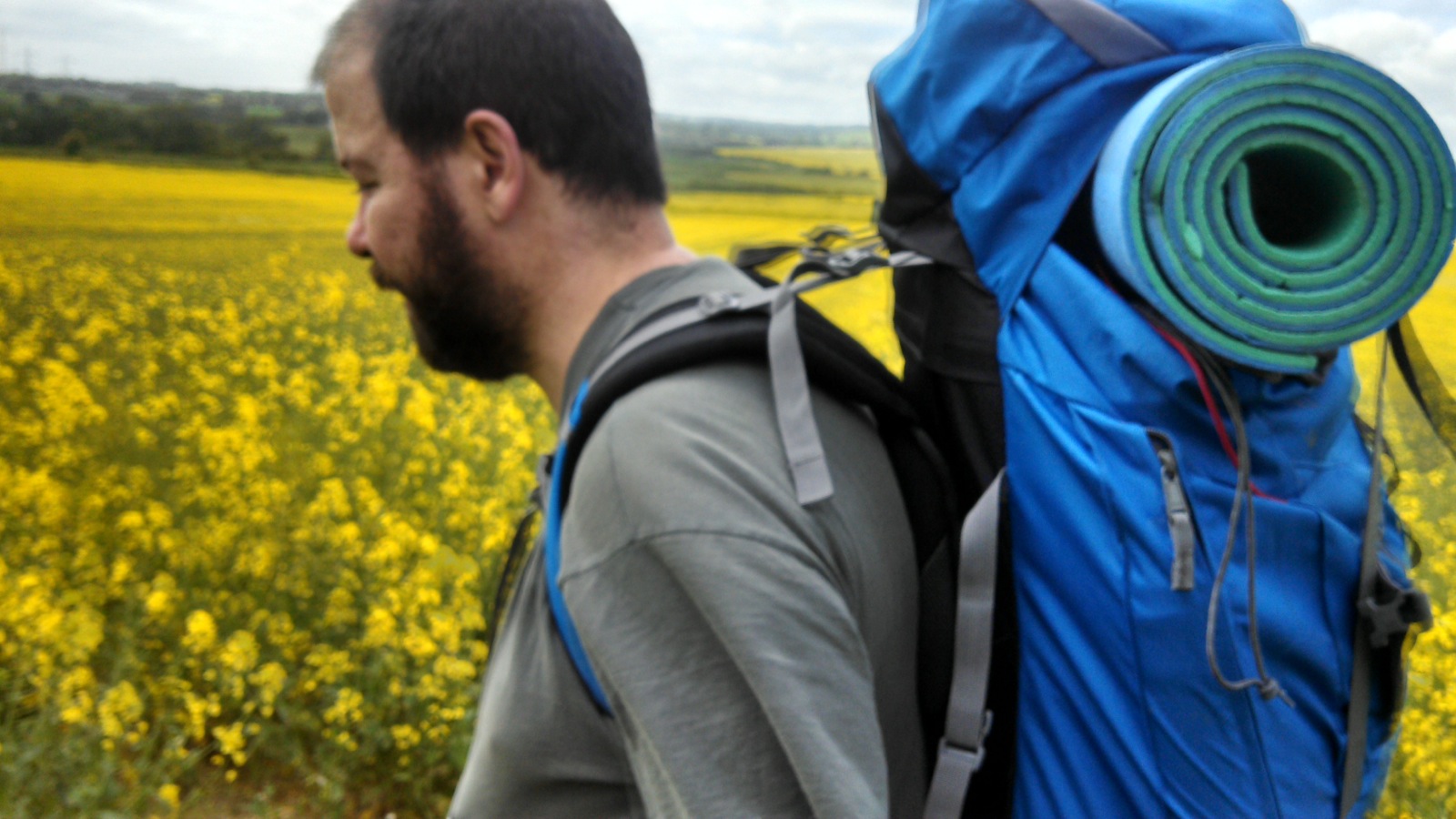 Two things I dearly love—hiking and theological debate—come together beautifully when I get the chance to take some time off with Peter Hunter. Peter is a Dominican of the English Province from South Africa, and he is one of the few people who will stay in a theological debate with me literally for days. Here Peter is walking next to a field of canola in the Wiltshire countryside as we discuss Wittgenstein and what it means “to know”, after a long debate about the nature of the world and a discussion of the state of the intellectual life of the order. We can go at for eight hours a day for weeks at a time, and never a topic goes past that I don’t learn something important from Peter. I dare say I have helped to broaden his perspective as well, but don’t tell his fellow professors at Oxford that. Peter has a standard joke about this—Question: How many Oxford dons does it take to change a light bulb? Answer: CHANGE?!!

That night we stayed in a campground behind a local pub. Of course, the campground was closed and the pub had no food, just beer. We asked the locals where the closest pub was with food and they directed us to the Royal Oak in Wooton Rivers, about a mile away. (a lovely place, I highly recommend it. Is was built as an inn in the 16th century)

When we got back to campground we decided to have a pint in the pub, figuring it was harder to throw someone out of your closed campground if they are drinking in your pub (a strategy that worked by the way, though perhaps is was simply the innate kindness of innkeepers that won the day). It was a very friendly group inside. They all seemed to know each other but didn’t mind a few strangers knocking about. As it was a rainy, cold night (not to worry, Peter has a nice new tent), there was a feeble fire in the fireplace. As the evening progressed we had fun playing “blow the fire” to try and get some real flames, a contest that I think the logs won, since they remained impervious to sustained burning despite some quality efforts by a number of us contestants, including your truly. I have no picture of the pub, one of those boundaries you don't want to push we you are trying to win people over to spend the night. 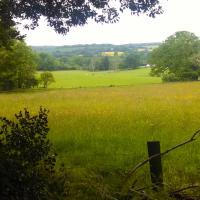 Here is a photo as we emerged from the woods into a beautiful, pastoral setting. The English countryside has a beauty and charm that is all its own and never fails to win you over.

This is a photo of Peter as we started up the huge chalk ridge that the trailway is named after. Did I mention it was gorgeous?