Casa Hogar de San Martin is the house where St. Martin de Porres was born. His mother, Anna, was a servant in the house, a freed slave of African descent. Born in 1579, Martin was her second child by Juan de Porres, a poor Spaniard and friend of the family. Juan never married Anna and initially renounced Martin because he was so dark (unlike his sister, Juana, who was very light). Within a year, though, Juan repented and claimed Martin as his own. Martin grew up in this house until he moved to Equator with his father, who found his fortune there. Martin eventually moved back to Lima and here met the Dominicans and fell in love with Dominican life. Martin entered the Order as a lay brother, content to sweep the floors, tend to the sick brethren, and wash dishes, much to the chagrin of his father who would have liked his son to have at least become a priest. 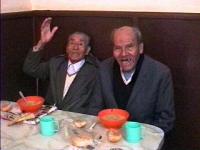 Martin thrived, though, and ended up taking care of not just the brethren, but all of the poor of Lima. He would help whomever showed up at the door, taking the brother's food and giving it away. Martin tended the sick and healed many people, and some of them miraculously. His popularity with the poor of Lima made silence and solitude in the convent impossible. Martin drove his brothers crazy, but no one could deny his holiness.

In his spirit, Casa Hogar carries on this tradition of helping those who need it most. Casa Hogar de San Martin is a place of love, hope and help for many people in this area of Lima. The services Casa Hogar provides are many. First, there is a free lunch five days a week for senior citizens and children. On and average day, about 150 people eat here. As you can see, everyone enjoys the food and the company. The first course today was a great soup, all homemade by volunteers. 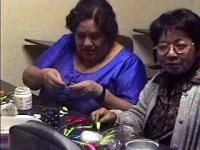 Casa Hogar also provides classes in a variety of subjects, training people (mostly women) for work so that they won't be dependent on a handout. At the left are classes in ceramics and sewing. 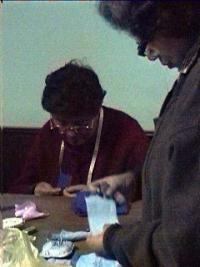 There are also classes in other handicrafts, reading and writing, aerobics, cooking, and other things as people request and volunteers volunteer. 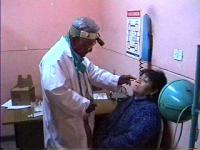 Casa Hogar also provides a variety of health services, all free of charge. Five days a week there are doctors, dentists, and psychologists who assist anyone who shows up at the door. 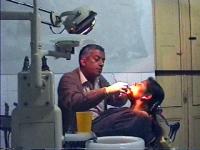 The doctors are all volunteers, a different one each day of the week. 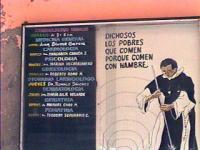 On the left is a list of their specialties and their hours, a different specially each day of the week. Check out the large image for a list. I am starting a contest: the first person who can figure out all five wins the prize. 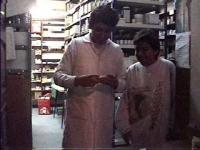 There is a pharmacy as well, with volunteer pharmacists dispensing mostly donated medicines. One does not need a prescription in Perú, but even basic medicines can be out of many people's price range. Customers at this pharmacy are asked to pay "whatever they can" for the medicines. As you can see, this is a fairly well stocked pharmacy. Most of the medicines are donated, though some of the basics such as aspirin and stomach medicines still need to be purchased by the Casa. 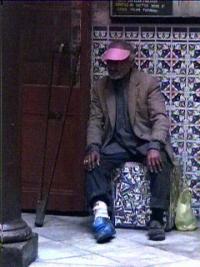 But as in the days of Martin, no one is turned away. 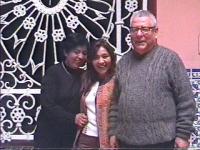 The last two photos are Carmelite sisters who volunteer here regularly. The congregation is from Mexico. The brothers sold them a piece of land next door for their novitiate in Perú, and they currently have ten novices living there, three of them who are regulars at Casa Hogar. 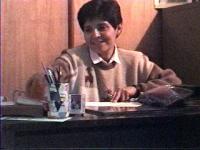 They are a great help to the Casa and wonderful neighbors to the brothers. The sister on the left is a medical doctor.