Taking leave of myself 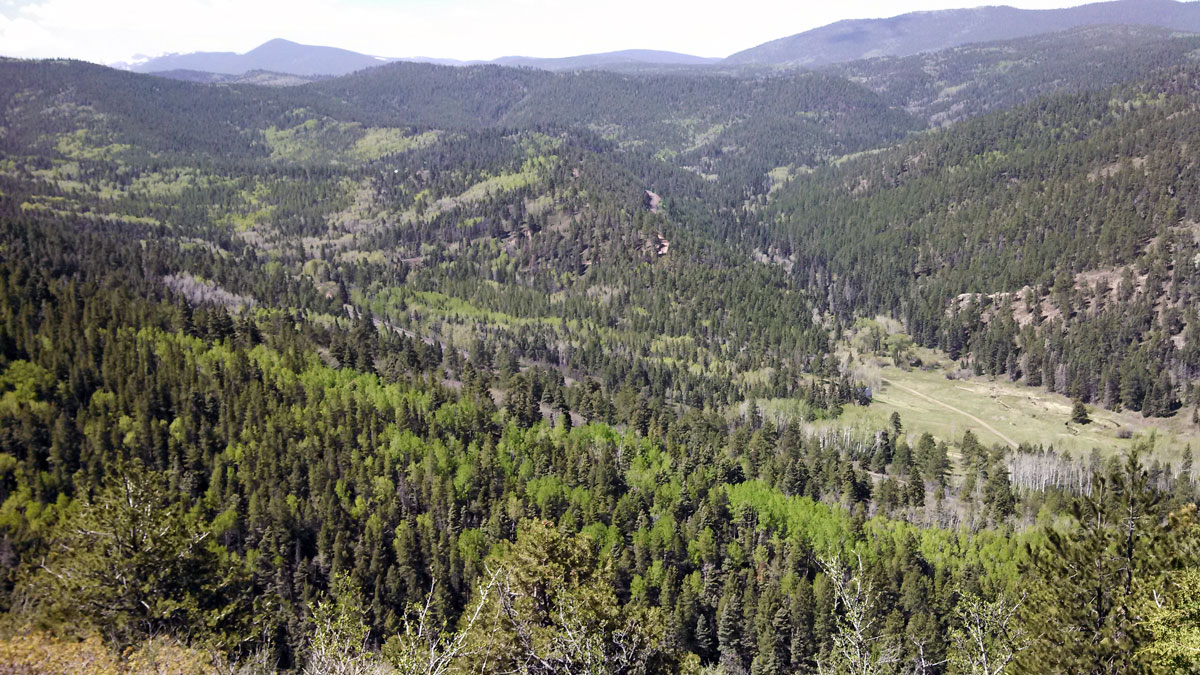 I am on retreat in Colorado this week. Out walking with God this morning, I was climbing out of the canyon and had just run into some deer who were not used to seeing people walking on these slopes. Following where they went I came to a ridge. This was the view.

It was hard to see because a heavy wind was coming over the ridge—a storm brewing. Standing there in the wind, on the ridge, half way up the canyon, seeing this beautiful view, I lost myself. I had a great sense that I was simply a part of this vast whole, passing through like the wind and the deer, but just as integral. There was no meaningful distinction I could make at that point between me and the land.

The Lives of the Brethren has a chapter on how people came to enter the order, a series of vignettes of men who realised that they were going to die some day and could very well end up in hell. They enter the Order to assure that they get to heaven, a strategy that is heartily approved. Typical would be the story of Brother Octavian of Florence, "a man of noble birth," who was so disgusted by seeing a corpse hurriedly burried,

"that he conceived at heart a lasting remembrance of death, and a wholesome fear; and so he turned his steps straight to the Order, wherein he ended his course happily."

On the other hand, Meister Eckhart, in commenting on Jesus promising his disciples, "everyone who has left houses or brothers or sisters or father or mother or children or fields, for my name’s sake, will receive a hundredfold, and will inherit eternal life" (Mt 19:29) in German sermon 3, has this to say:

But if you give it up for the sake of the hundredfold and of eternal life, then you have renounced nothing.

While Eckhart does not elaborate too much, he implies that in this case, you have not "renounced" anything, you have tried to sell it. The only thing you can really renounce is not wealth or family, but yourself. Eckhart then says: "Those who have taken leave of themselves are so pure that the world cannot endure them."

I have to say that I did not enter the Order to get to heaven. I entered because it was what God asked me to do. But so often, I take back that gift of my life.

I came to this retreat why? The question to ask today is "have I let go of myself completely." There was a time when I did... when what God wanted was all that mattered. I had a moment of that "taking leave of self" on the ridge, but it can't be a fleeting thing—it has to be my life.