Standing with the Turkish People 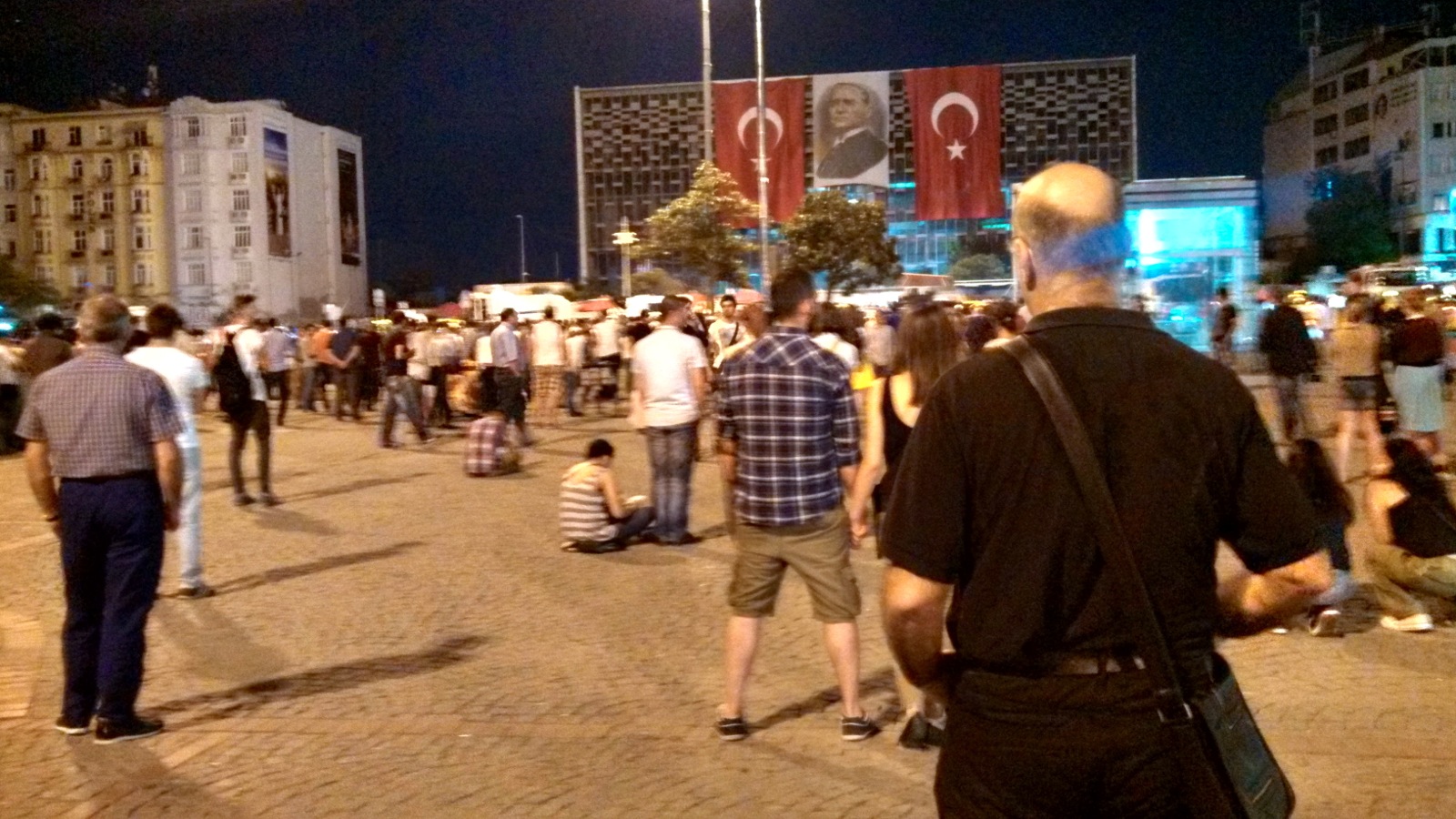 I made it to Istanbul, a place I have wanted to visit for a long time. The first night I took a walk to Taksim Square, the scene of recent protests. The protests have been pointedly peaceful for the most part, and in the last two days have taken a new twist—people just standing. Here is Taksim square with a few hundred people just standing, facing the portrait of Atatürk on the National Opera. Atatürk was the founder of modern Turkey, bringing it out of the Ottoman Empire and forging a new, pointedly secular government.

It is not completely clear what this protest is about or where it will lead, but it seems to be a clash in vision between the people who like the secular reforms of Atatürk (such as women’s rights, freedom from religious coercion and personal freedoms like drinking alcohol) and the new government’s push to roll back such “freedoms” in favor of a social order more in line with the religious sensibilities of the Muslim majority.

As for me, I am impressed that the protesters have in general not responded to the violence the government has used to stop them and have remained non-violent while keeping the protest moving forward. I wish I could be so disciplined. Imagine our world if this were the norm?