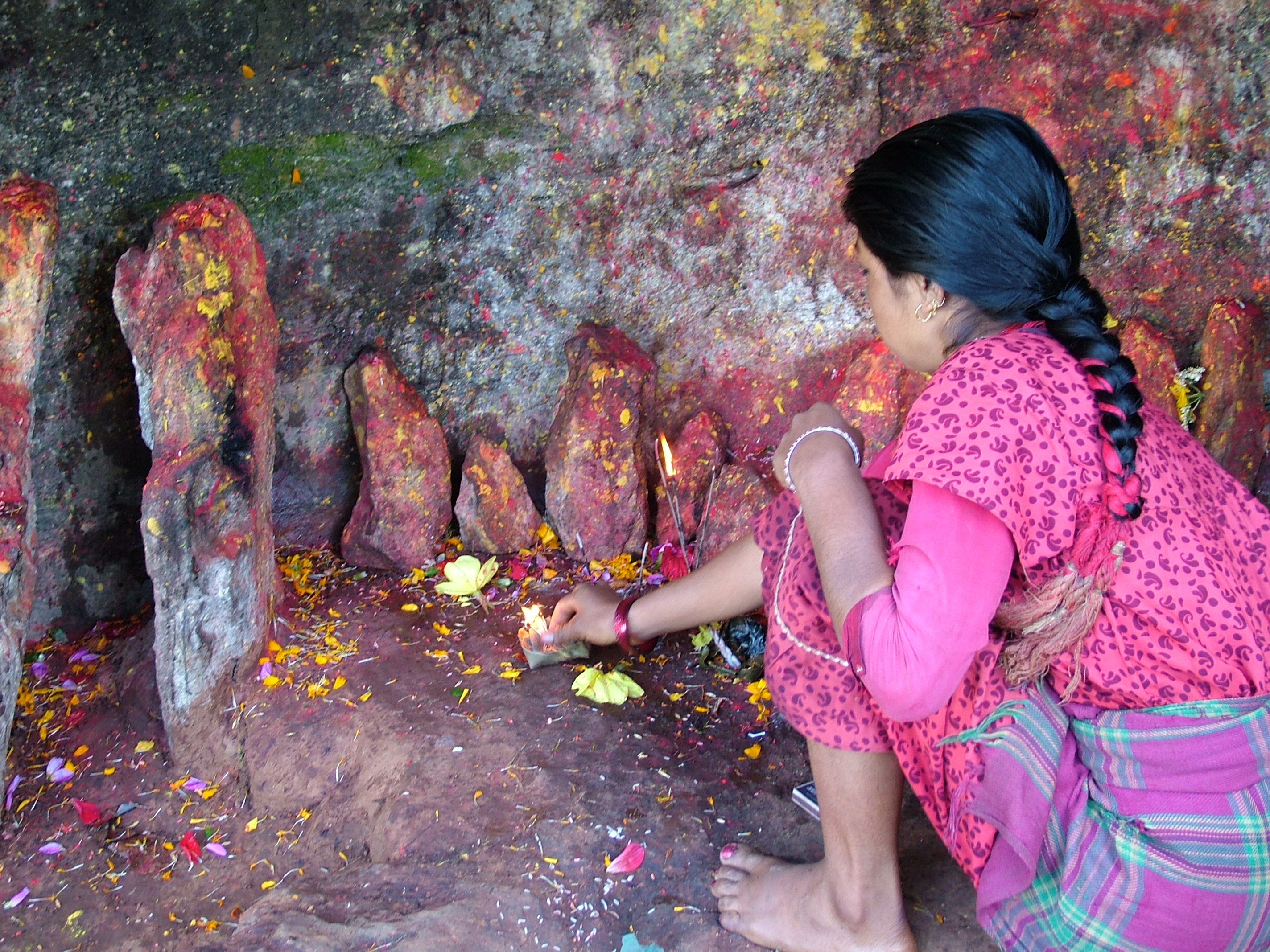 Two images of daily prayer in Nepal. The first one is Hindu. On a hillside above Lamatar, on the edge of the Kathmadu valley, there is a small cave that is known as a holy place. People honor it by lighting incense, placing flowers, and painting the rocks with red and yellow powder. There are also two bells that can be sounded at the end of prayer.

The statue in the middle is Manjusri, the bodhisattva of wisdom (you can tell by the sword in his hand, which cuts through ignorance). We have six large statues, at least twenty small ones, and eight tankas (icons) in the shrine room.

People here feel a great need to pray. This is just one of the many ways in which their faith so outstrips my own. Again, it is such a blessing to be here, with these people, in this place.