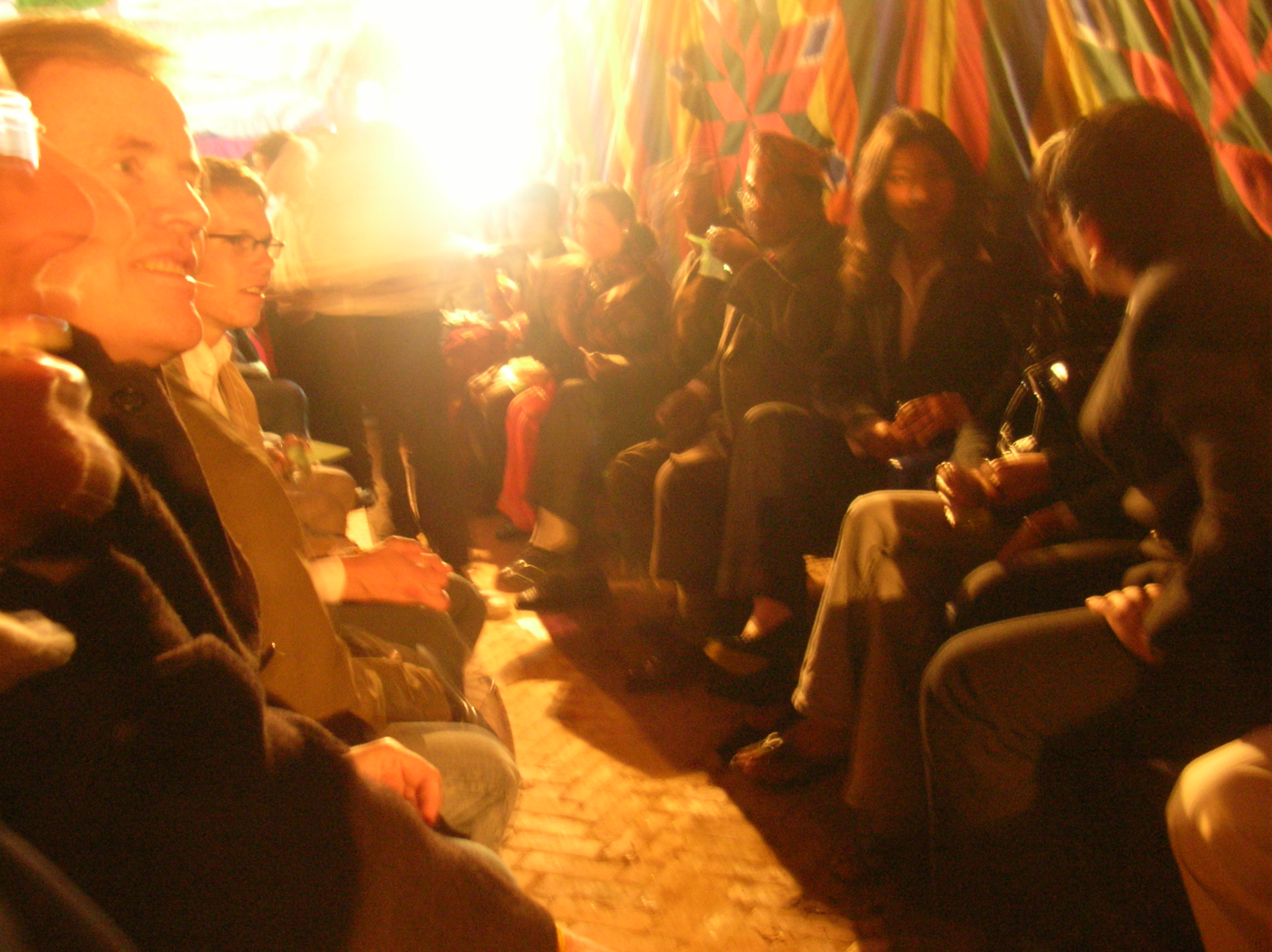 Weddings: in some sense, the same the world over. But here in Nepal, even more so.

Alex, one of the students studying here from Boston college, wanted a Pashmina shawl (special wool from here in Nepal, very soft), so a group went looking. We went to a friend of a friends' shop, Rajeesh, but they didn't have exactly the color Alex was looking for. The next day was Saturday and the shop would be closed, so Rajeesh invited us to stop by his house the next day where we could see samples and order whatever color Alex wanted. I thought that quite gracious.

So we did. The next day we were all treated to tea, coffee, home-made cookies as Alex chose a color. Rajeesh's mother was a very gracious host, told us that her daughter was getting married in two weeks, and begged us to come to the wedding. Being gracious guests, we accepted. I wondered just how many people would be there if they were inviting strangers like us.

NOT FOUND: DSCN1014.jpg Our direction to the wedding, were simply, "Go to Patan (a city) and look for the big party." When parties are as large as a Newari wedding, knowing the city is good enough. It was HUGE. A tent was set up between some temples, and people were streaming in and out, dressed in their finest. We joined the throng, and went in and got blessed by the bride (greeted her? blessed her? It's all pretty much the same). Then we went out and joined thee throngs of revelers.

There was live music, and rows of chairs that people occupied while milling around. Waiters went up and down the rows with drinks and hors d'oeuvres. We chose some chairs by the entrance so that we could see the throng milling past. The food was excellent and bottomless. We wondered who could possibly afford such a grand feast for so many, and were told that this is pretty typical for a Newari wedding. Fathers go into huge debt over them. 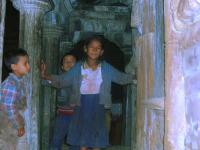 As we celebrated, I noticed some children playing just outside the tent on a small temple, looking over the wall at the goings on. Every once in a while one would try to sneak in and get some food, and a man at the door would chase them away, the same way he chased away the stray dogs who tried the same thing. Near the end of the evening, I went out to play with them. They were very nice and fun, and excited to have their picture taken. The girl was the oldest and obviously the one in charge.

I thought about the hundreds of people feasting inside the tent dressed in their finest clothes, the mounds of food and the graciousness and generosity of our hosts who provided it and invited us as strangers. I thought about these ragamuffin children who would have liked just a bit of the food, but could have none. I remembered why I don't like weddings.

The Bible says that heaven will be like a huge wedding feast. If there is a guard at the door keeping the children and dogs out, I don't want to go.