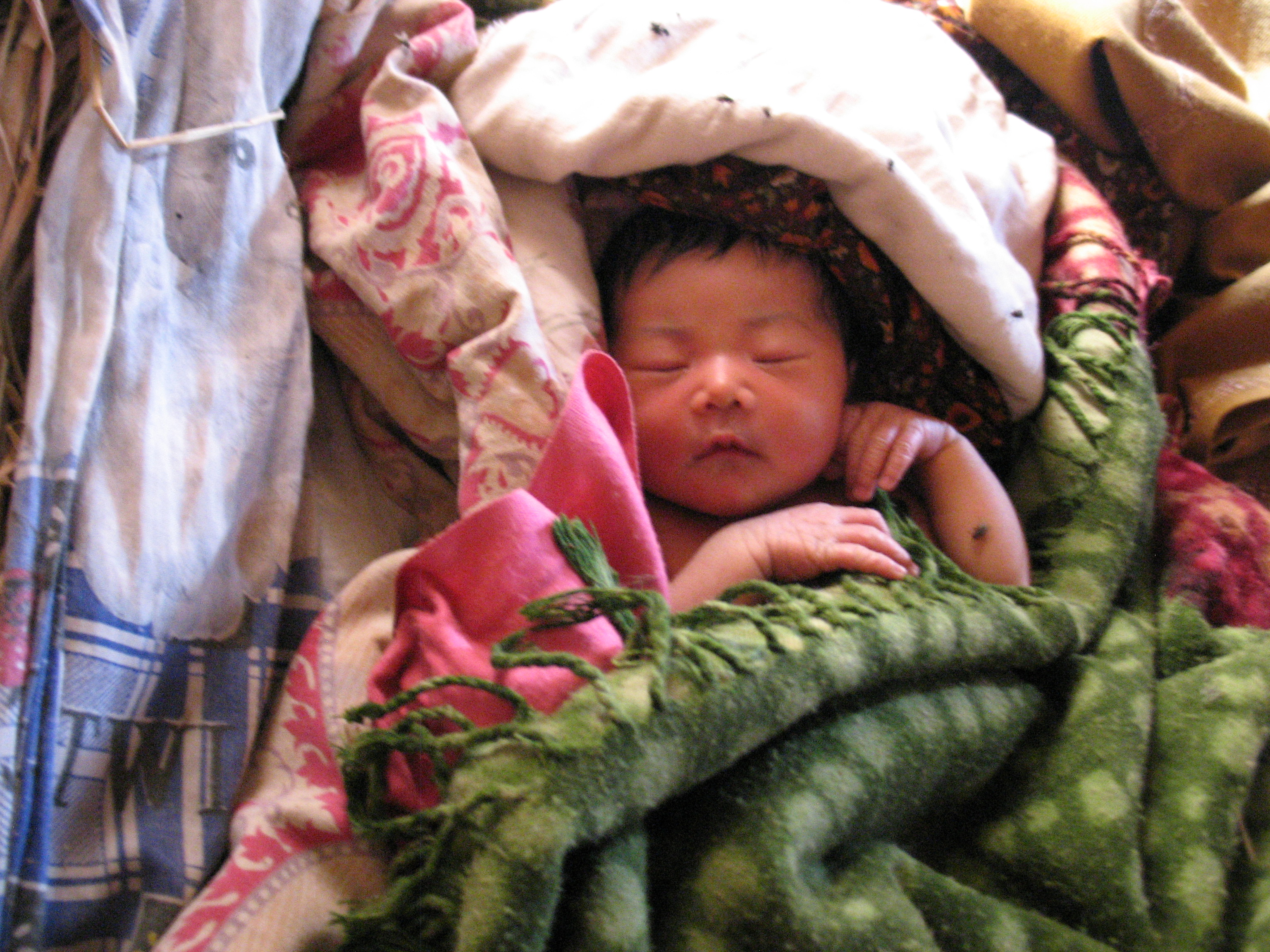 Two nights before we arrived in Kapilakot, Chandra's younger sister had her first child, a beautiful little girl who was still awaiting a name.

The birth highlighted the complexity of village life. Everyone came by to visit and pay respects. It is traditional to offer the family a piece of cloth or a little money when first seeing a new baby, and many people stopped by. The mother was giving birth at home, but had a difficult pregnancy. The nearest clinic is a four hour walk, so a group of men were recruited to carry her that distance (while she was in labor). Everything worked out well, and now mother and baby were back in the village.

NOT FOUND: IMG_2758.jpg But mother was not producing enough milk for the baby, so the local traditional healer was called in. He was buring incense and praying over her when we left the village.

Talking to people in the village, they would like to have medicines and clinics and all for when their children (and wives) get sick, but it does not seem likely to happen. They grow no cash crops, and medicines cost money. So much would have to change. And since mother and baby are doing "well enough" and are happy, it seems that perhaps the best solution is to just let well enough alone. Hard to say.