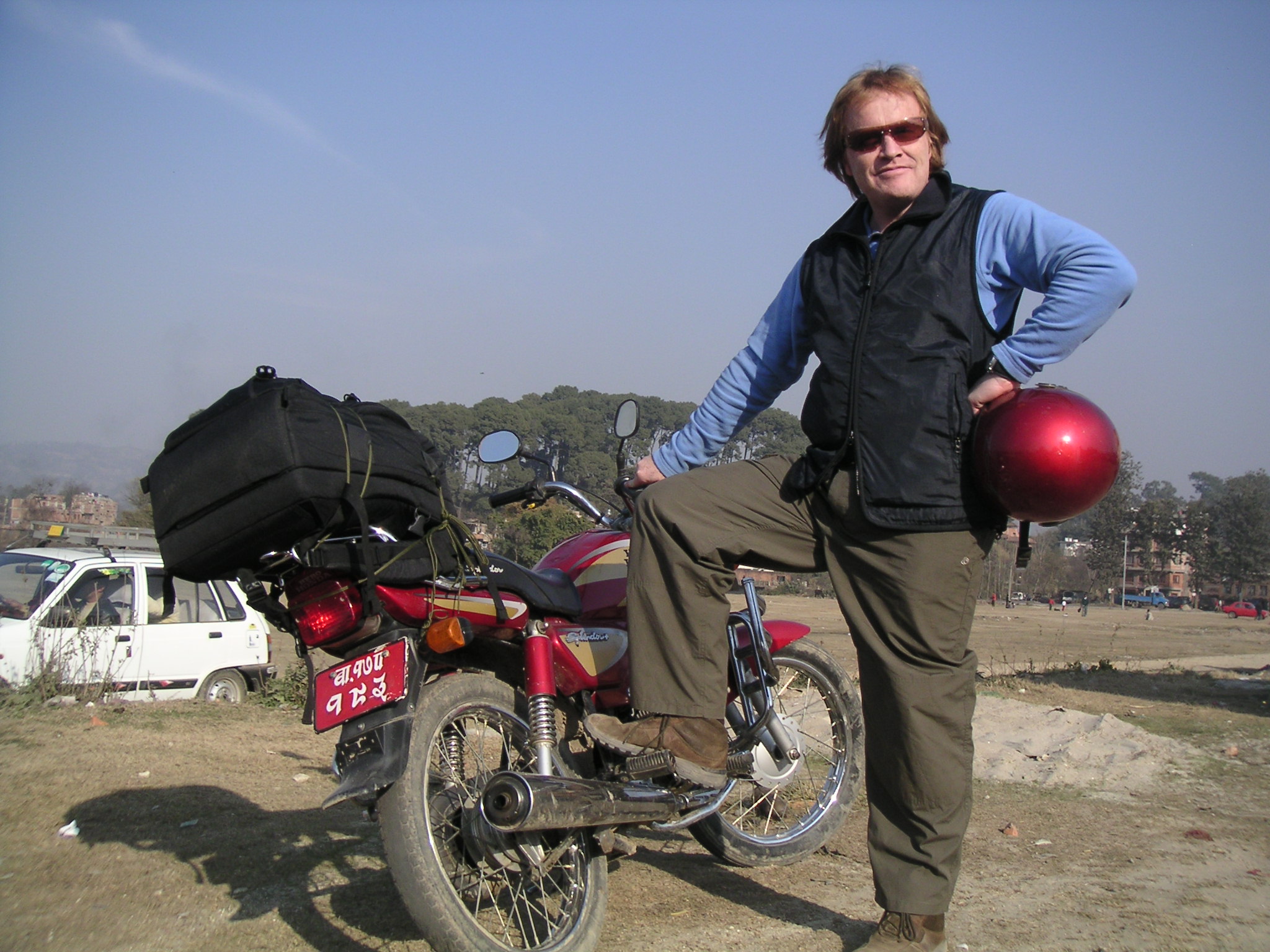 This is Ian Sanderson. For Ian's 40th birthday we rented motorcycles and headed out for a road trip. Clich? perhaps, but fun nonetheless. 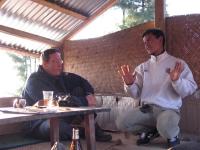 On our first day we met up with Greg Sharkey in Nagarkot, a village on top of the hills looking back over the Kathmandu valley. Nagarkot is, unfortunately, also the scene of a recent national tragedy. An off-duty soldier started firing his weapon into a crowd at a festival, killing twelve before he was shot apparently by another off-duty soldier. The first photo is Bijay, an eyewitness and friend of Greg's explaining to us what happened. As you can imagine, the details are quite contested. It has something to do with two unarmed soldiers dressed in civilian clothes wearing out their welcome at the festival, being told so, leaving, and coming back with guns.

The killings sparked off riots all through Kathmandu. To quell them, the government paid a reported 170,000 rupees to each family who lost someone, about enough to buy a motorcycle. It worked, there are no more riots, but the disquiet is still palpable. 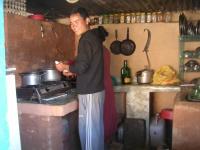 This is Bijay's restaurant/home, called a "tea house" here. In typical form it is made of mud brick, plastered in mud, with a thatched roof over the kitchen and patio, and a metal roof over the bedroom / roof-top dining. Yes, that is a mud counter he is working at in the kitchen. It makes for a very clean space, functional and easy to sweep, and the chickens at his feet keep the bugs down.