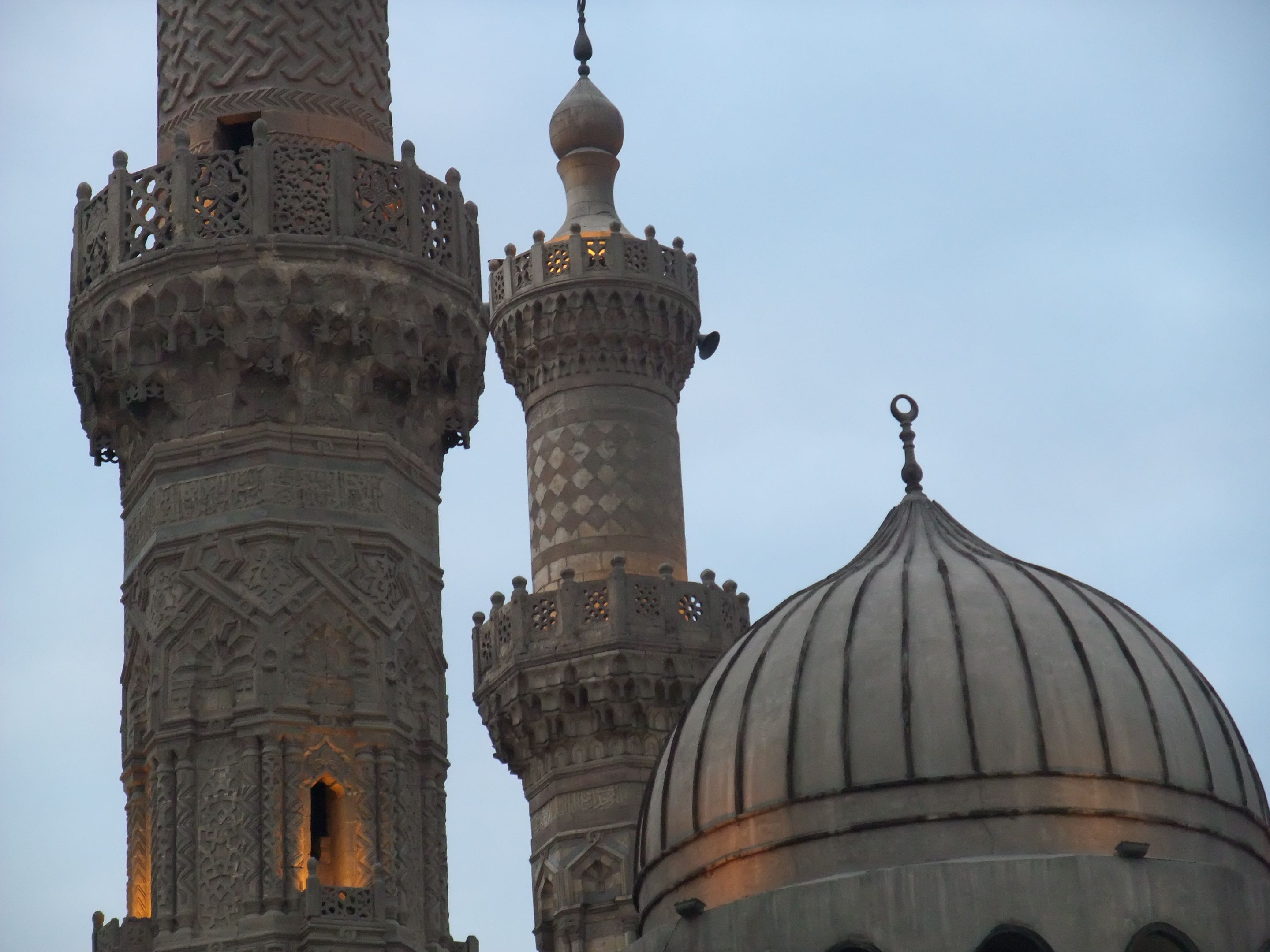 Cairo, Egypt. I am here for about ten days to work with my Dominican brothers here and to explore just a bit of this rich culture.

My first impression is quite good. I am used to arriving in airports in the developing world that are a delightful mess. Cairo is that, and it is not that. It is delightful, and a mess, but quite impressive in other ways. The architecture and grand buildings are just astonishing.

I had to negotiate for a cab to take me where I am staying, and that is usually quite a task. People usually expect Americans to pay twice as much for everything. But I was quite surprised when the driver in the airport offered a price of 80 Egyptian Pounds (about $13) right of the start. Exactly what I was supposed to get him down to!

At this point, I found a telephone number in my luggage, and the driver called up the house to which we were going. Since the driver didn't really know where he was, the phone had to be passed around the group to figure out how to get from where we were to where we needed to be just a few more miles.

Of course, streets not really being marked in Cairo, we had to stop three more times for directions before we arrived: "Is it this street or that street?" At one time we asked a bus driver who was fixing his micro-bus full of passengers in the middle of a traffic circle. He seemed not to mind in the least dropping his repairs to answer our questions.

I think I am really going to fall in love with these people.