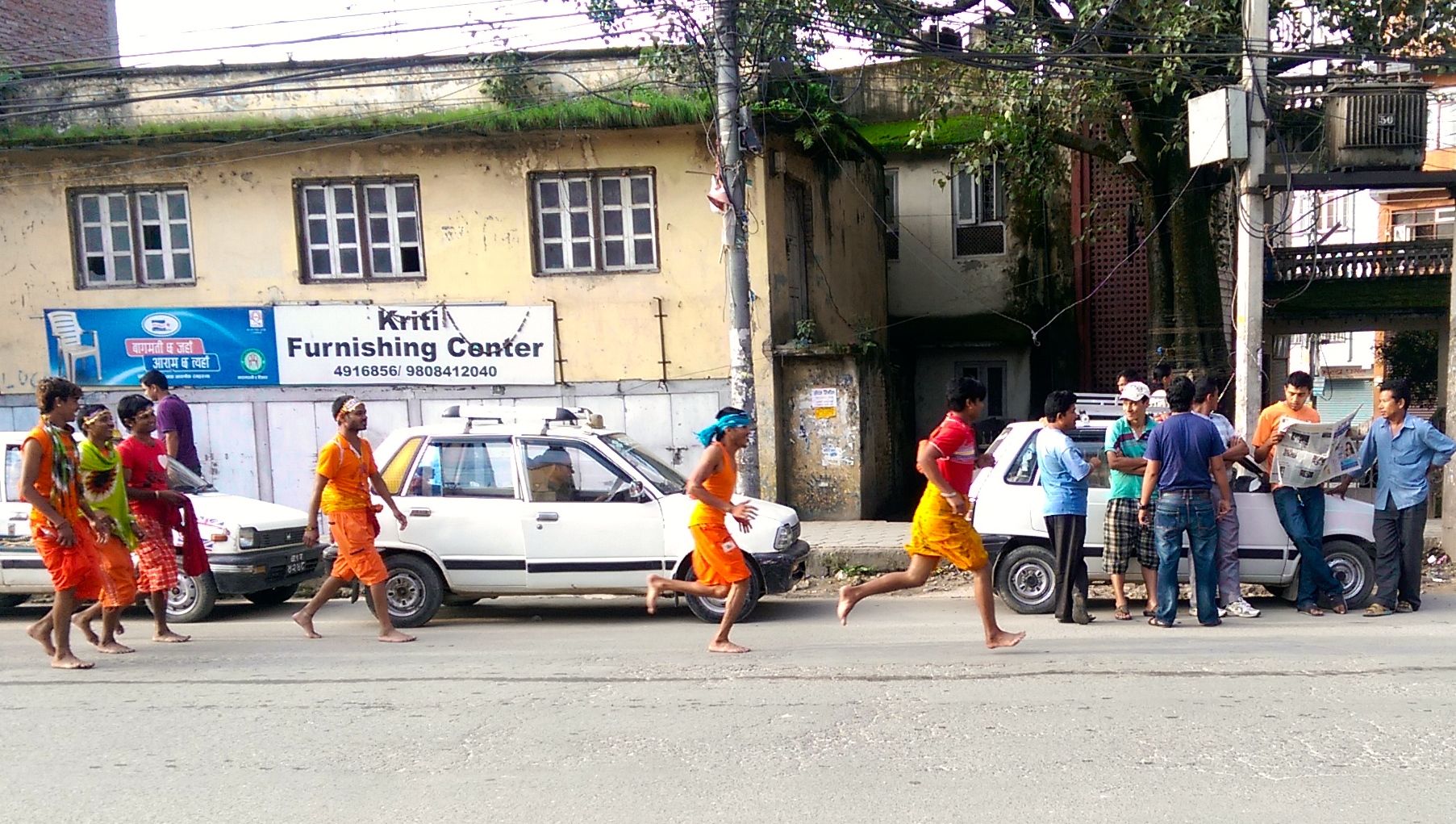 This is the Hindu month of Shravan, a sort of Hindu Lent, where people intensify their practice. One of the practices that is new to area is "Bol Bam!", which means "Speak Shiva!" This tradition was brought up in the last several years by immigrants from the Terrai, the low plains bordering India. But it fits in well here in Kathmandu with its ancient Hindu and Buddhist pilgrimage sites.

On Sunday afternoon and evening pilgrims wearing orange head up the hill outside of town to get water from a particular spring. They then walk all the way back barefoot, carrying the water to pour over the Four-faced Lingam at the Pashupati Temple, said to have been magically created by Shiva himself:

According to a legend recorded in local texts, especially the Nepalamahatmya and the Himavatkhanda, the Hindu god Shiva once fled from the other gods in Varanasi to Mrigasthali, the forest on the opposite bank of the Bagmati River from the temple. There, in the form of a gazelle, he slept with his consort Parvati. When the gods discovered him there and tried to bring him back to Varanasi, he leapt across the river to the opposite bank, where one of his horns broke into four pieces. After this, Shiva became manifest as Pashupati (Lord of Animals) in a four-face (chaturmukha) linga. (from http://www.sacred-destinations.com/nepal/kathmandu-pashupatinath)

The walk takes all night. Sunday evening there were rivers of revelers on the main road, all shouting “Bol Bam” and playing loud music. Early in the morning, the first of them came back. This photo was taken shortly after sunrise, and some of the pilgrims look weary, but some as you can see have gathered their energy for a final run to the prize. We are less than a half-mile from the temple here.

Tired though they might be, everyone still perks up when onlookers shout “Bol Bam” to encourage them. They smile, shout it back, and pick up their pace. As you can see, however, after hours of people straggling by, the taxi drivers have other concerns on their minds.